Nipples come in all shapes and sizes and not all nipples point out away from the breast. Some nipples are flat while others are inverted nipples and pull into the breast. Or, nipples may fall somewhere in between.

The amount of fat in your breast, the length of your milk ducts, and the density of connective tissue beneath your nipples all play a role in whether or not your nipples protrude, lie flat, or are inverted.

Many nipples will stiffen and protrude when stimulated. You can check to see if your nipples are truly flat or inverted. If you’re able to coax your nipples out, then chances are your baby will be able to, too.

Here’s how to check:

If your nipple is truly flat or inverted, it will flatten or retract into your breast instead of pushing out.

If your nipple protrudes, that’s great. In the case that it does not protrude or become erect, it is considered flat. If it retracts or disappears, it is truly inverted. Nipples that are severely flat or inverted will not respond to stimulation or cold by becoming erect. If you perform the pinch test and your nipples protrude, they aren’t truly inverted and will probably not cause any problems when you nurse your baby.

A truly inverted nipple is caused by adhesions at the base of the nipple that bind the skin to the underlying tissue. While the skin does become more elastic during the third trimester of pregnancy in preparation for nursing, some of the cells in the nipple and areola may stay attached. Sometimes the stress of vigorous nursing will cause the adhesion to lift rather than stretching or breaking loose, and this can cause cracks in the nipple tissue and pain for the mother.

The most common manual treatment for inverted nipples is the Hoffman Technique, but it’s important to note that studies show conflicting evidence as to whether or not this technique works—and for how long

Here’s how to try it yourself:

The Hoffman Technique is a manual exercise that may help break adhesions at the base of the nipple that keeps it inverted. Place the thumbs of both hands opposite each other at the base of the nipple and gently but firmly pull the thumbs away from each other. Do this up and down and sideways. Repeat this exercise twice a day at first, then work up to five times a day. You can do this during pregnancy to prepare your nipples, as well as after your baby is born to draw them out.

Is it a deal-breaker if I have an inverted nipple?

An inverted nipple is definitely not a deal-breaker for you!

When breastfeeding, the baby should open up wide enough that he/she takes a good portion of the breast into his/her mouth, bypassing the nipple entirely. Because of this, in most cases, inverted nipples alone will not cause problems with breastfeeding.

When Inverted Nipples May Interfere With Breastfeeding

Inverted nipples can make it more difficult for some women to breastfeed. In rare cases, a mother can experience persistent sore nipples because the baby compresses the buried nipple rather than compressing the milk ducts. The result is little milk for the baby and a painful experience for the mother.

Breastfeeding is more likely to be a challenge for women with inverted nipples based on:

Try an automatic double electric breast pump, which uses uniform suction from the centre of the nipple to draw it out rather than compressing the areola. Over time, the suction usually works to break the adhesions that are holding the nipple in.

A nipple shield—a thin, flexible silicone shield that’s shaped like a nipple and has holes in the tip to allow milk to flow to the baby—can also help. These devices are used during feedings to help draw the nipple out. (Consult a lactation consultant before attempting to use the shield, as it can frustrate the baby and lead to further problems if not used correctly.)

Breast shells are another wearable item that can assist nipple profusion, but unlike the shield, are not used during feeding. Instead, they are worn inside your bra for about an hour before feedings to draw out the nipple.

Other #SLBHacks for Inverted NIpples

Last by not least

Nipple inversion can make breastfeeding more challenging for some mummies, but it doesn’t make it impossible. If you’re having trouble, give yourself some grace—breastfeeding is hard! If you can get help and stick with it, the benefits are great. But occasionally, breastfeeding becomes too much stress for you or your baby, and it just doesn’t work out. 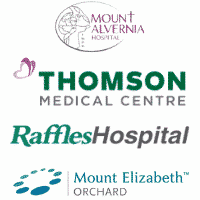 Singapore Lactation Bakes
4.9
Based on 115 reviews
See all reviewsWrite a review

小綨 not only suitable for the person whose lactation , aso have very good nutrition for kids and grown up the most important part is the taste is really awesome❤️ full of love❤️

Sharifah Nurfatin Alhinduan Ever since giving birth a month ago, I have been craving for chocolate every day. As my confinement meals completed last week, I haven't been eating lactation boost. as I know I've been craving for chocolate, I ordered my supply from SLB. Today, I received my 8 days supply bundle and added on the milk drunk mini cup cake. 1st thing I indulged were the mini cup cake.

While having my sweet tooth cravings supplied for, hoping that my milk supply will double up as well!

Kathy Koh Tried almost all the flavours of their cookies, brownie and tarts and my favourite by far is their cranberry, dark chocolate and chocolate chips lacation cookies. Definitely help mummies who are breastfeeding increase supply. Their new launch berry berries and berry chocolate granola are very nice as well, my favourite is berry berries! Yummylicious! 🤤🤤 Recommended to all mummies who are breastfeeding! 👍🏻👍🏻

Jocelyn Koh Their flavours of chocolate chips, dark chocolate macadamia nuts and cranberry lacation cookies are simply so delicious and nice! Glad that it helped in improving the yield of the breastmilk. Cant wait to try other flavours of cookies as well as their muffins and brownies! Highly recommended to all mothers on breastfeeding journey! 👍

陈星伊 The brownies and muffins are very delicious and it really boost my supply a lot after consuming for a month plus. The Grandma Yeo brownie and cranberry muffins are my top most fav. 😋😋 it's a must have!
Free shipping for orders over $80.00. Order before 3pm for the next working day delivery. First come first serve basis
0%